Singer-songwriter and producer Shye has shared a new single and video “mirror”, a heartfelt track about trusting yourself to grow through uneasy days.

Shye says, “I think most of us struggle, at one point or another, with not knowing where we belong. I’ve learnt that it’s okay to take my time to heal, to recognise myself in the mirror again. I hope this song makes someone’s journey a little less lonely.“

The production for “mirror” was greatly inspired by Shye’s previous single “how r u sleeping” from her mini-album ‘hello TRINITY’, inspired by “anxious moments, when sleep didn’t come easy for me“. “mirror” tells a mellow narrative of a person’s thought processes when going through a difficult period – Shye explains, “this song encourages me to take stock and remind me of the things that matter.”

After winning Vans Musicians Wanted in 2018 at the age of 16, this “accidental” musician has been blazing through the music scene, racking up recognition and awards along the way. From winning the “Best Song to Unwind to” award in the Youth Music Awards 2019, Shye’s 2020 debut album ‘days to morning glory’ impressed and won “Album Of The Year” for the Youth Music Awards 2021, with the album also landing a spot on NME’s The Best 25 Asian albums of 2020.

Shye clinched the top spot for “Best New Artiste” at the 14th Freshmusic Awards, Best New Artist and a nomination for Best New Act In The World at the Bandlab NME 2022 Awards, KKBOX’s 2022 Rising Star award, as well as a nomination for Best Asian Creative Artist at the 12th Golden Indie Music Awards. Her notable appearances include Mediacorp Let’s Celebrate 2021 (alongside Jason Derulo, Benee, Conan Gray, Jeremy Zucker), TedxSingaporeWomen, festivals such as Urbanscapes, Bangkok Music City, and Baybeats, as well as opening for Clairo, SALES, and Superorganism.

Shye’s music has been added to airplay on major radio stations in the region such as 98.7FM (SG), KISS 92 (SG), POWER 98 (SG), Asia Pop 40, Volare Radio Pontianak (ID), Jam 88.3 (PH), and Gajah Mada FM( ID). She has been featured on both local and regional outlets including Rolling Stone India, Mothership, FEMALE Magazine, MTV Asia, NME Asia, Buro Singapore, Esquire Singapore, Manila Bulletin, and MSN Philippines. Shye was also the cover girl for the June 2021 edition of FEMALE magazine, and for the December 2021 edition of NYLON Singapore. 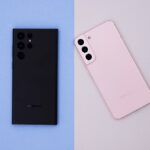