The entire realme community is in high spirits with the recent news of the brand topping the local smartphone ranking for seven straight quarters already (based on IDC shipment sell-in reports for Q3 2022)! The celebration doesn’t end there because realme also scored the number 1 spot for Q3 2022 based on Canalys’ report. To top it all off, the recently launched realme 10 (8GB+128GB) achieved sold-out records during the 11.11 mega sale on both Shopee and Lazada. All these milestones and it’s only halfway through the month! 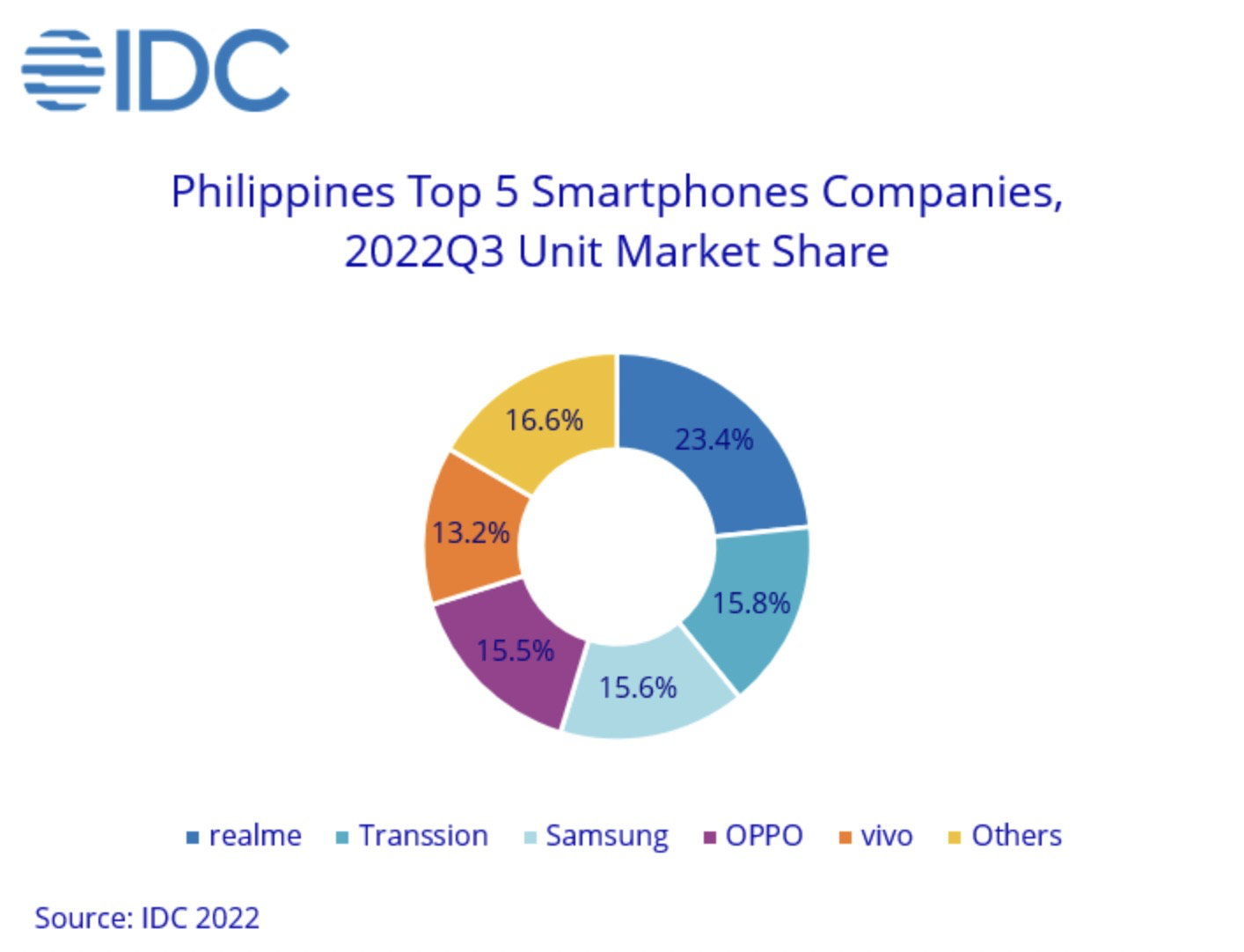 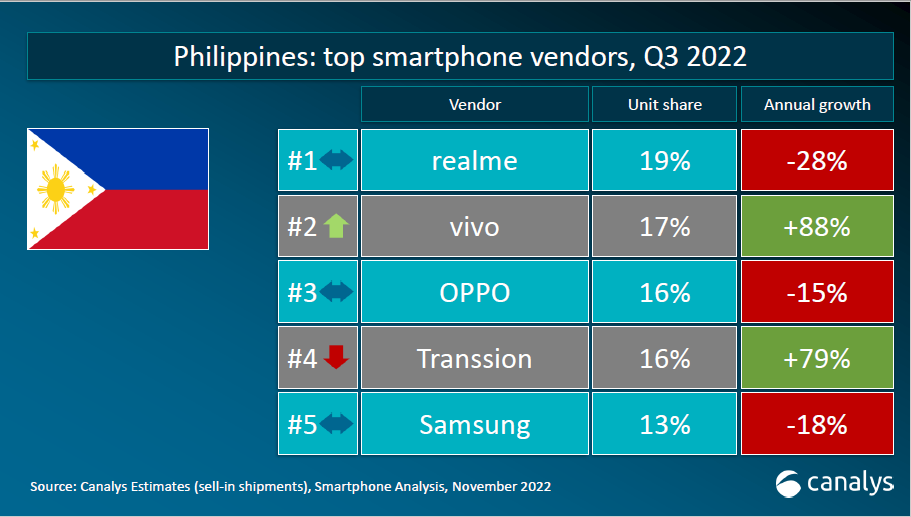 Just a few days after the successful launch of the realme 10 in the PH, realme was announced once again the No. 1 smartphone brand for Q3 2022 according to IDC shipment sell-in reports. With a total market share of 23.4%, this marks realme’s top rank spot for 7 straight quarters already.

Raking in a total unit share of 19% across all vendors present, realme also ranked as the No. 1 smartphone brand for Q3 2022 according to Canalys– further cementing its position in the local market.

“We are all very glad and grateful to hear that we have once again ranked number one. The announcement couldn’t have come at a greater time than now, given that we’ve also just launched the realme 10 in the PH. We’d like to thank the realme community, our fans, partners and media friends for their continuous support of the brand. As we end the year, realme would like to show our utmost gratitude to the realme Squad with our realmeWithYou holiday campaign filled with yellow surprises,” shares Austine Huang, VP for Marketing.

Following its successful launch last Nov 9, the newest addition to Number Series, the realme 10, is proving to be a crowd favorite after achieving a sold-out record last 11.11 mega sale on both Shopee and Lazada!  For those who weren’t able to score their own unit, don’t worry because you can catch the realme 10 (8GB+256GB) first-selling at P2000 OFF during the Shopee Super Brand Day Sale starting today until tom only (Nov 17-18)!

Top 3 brand ranking on Shopee and Lazada during the 11.11 mega sale

Aside from the realme 10 sold-out milestone, realme also ranked #2 on Lazada and #3 on Shopee during the 11.11 sale. Alongside this, the recent addition to the C series, the realme C30s also achieved sold-out records on Lazada. When it comes to the tablet and wearable categories, realme ranked #4 on Shopee. Meanwhile  on Lazada, realme claimed ranks #2 and #3 on the mobiles and tablets categories respectively.

Have a Yellow Christmas with realme’s SurPR↓CE DROP

Giving back to the ever supportive realme community, realme is having a temporary price drop for two of its much-loved C series smartphones. Squads can get the fun and stylish realme C33 (4GB+64GB) and the chic and classy realme C35 (4GB+64GB) at 500 OFF until Nov 30! So what are you waiting for, make sure to visit authorized realme stores and dealers nationwide!For latest news and updates about the brand, follow the official realme Philippines Facebook page at http://facebook.com/realmePhilippines and/or visit the official realme PH website at https://www.realme.com/ph/.