Dayglow, who has cemented himself as an indie-pop innovator over the last two years, has dropped “Second Nature”, the third track from his forthcoming album ‘People in Motion’ due out October 7th on AWAL.

“Second Nature” is unexpected, sounding like the sonic lovechild of Daft Punk and The 1975, as psychedelic and funky synths lay the groundwork for an ear-wormy hook and undeniable feel-good energy. Dayglow continues to deliver cathartic music that resonates with the masses, serving the perfect concoction of indie charm, pop sensibilities, and funky instrumentation. In an era of music when most songs take a team of co-writers and producers to create, Dayglow’s music remains uniquely Sloan’s – created solely by him.

Introducing the single, Dayglow comments: “‘Second Nature’ is one of the most ambitious songs I’ve made so far. I didn’t think it would be a ‘Dayglow’ song until the rest of People in Motion started to take shape. I made so many versions of it— I just kept writing more and more melodies and ideas. The logic file ended up being like this 15 minute jam that I eventually condensed to be the 6 min song it is.

I was really inspired by songs like Lionel Richie’s ‘All Night Long’, Michael Jackson’s ‘Wanna Be Starting Somethin’, and of course Daft Punk. I just love songs that have repeatable chord progressions that never seem to even reach their potential— they just keep going on and on. Lyrically and musically I wanted to create a song that felt like that. A song that just celebrates itself and the joy of dancing and making music. It doesn’t even feel like ‘Second Nature’— it feels completely innate and natural to make music to me. I love it more than anything and it feels like what I was made to do, and ‘Second Nature’ just grasps that idea and runs with it confidently.”

Released next month, the 10 tracks that craft ‘People In Motion’, conceptualized, written, played, and produced by Sloan Struble, are delightfully pure, hyper-melodic manifestations of Sloan’s desire to steer clear of conflict or drama and offer someone something to love. But ‘People in Motion’ isn’t all sunshine and rainbows. There is a depth to Dayglow here, a real sense that Sloan has faced obstacles of his own and chosen to stand atop them. “I make music because I love making it,” shared Sloan. “I just love recording and producing.” That is the inarguable takeaway of ‘People in Motion’, a record about finding something you love and singing about it out loud.

Since Dayglow burst onto the scene, Sloan Struble has toured the globe—selling out his North American headline tour, a slew of UK/EU dates, and has graced festival stages including Lollapalooza and Bonnaroo. He has appeared on The Tonight Show with Jimmy Fallon, The Late Show with Stephen Colbert, as well as the iconic Austin City Limits on PBS, a highlight for the Austin native.

Fans around the world haven’t just come out for the shows but they’ve listened and streamed and streamed, more than a billion times in fact. His debut hit “Can I Call You Tonight”, from his debut record ‘Fuzzybrain’, not only went Platinum but was also 2020’s biggest independent Alternative Hit. Its official video has become a favourite on YouTube, sparking a wave of fan-made spin offs and exceeded over 91 million views. Dayglow’s sophomore album ‘Harmony House’ did not disappoint either–with its hard-won and palpable sincerity, it garnered wide acclaim from the likes of Billboard, NPR, Ones to Watch, The Talkhouse, and NME.

Steadily building his fanbase in Asia, his Top 15 Streaming Markets worldwide include the Philippines, Indonesia and Singapore. 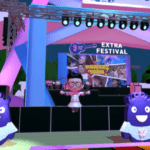 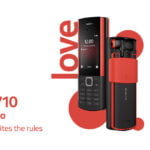